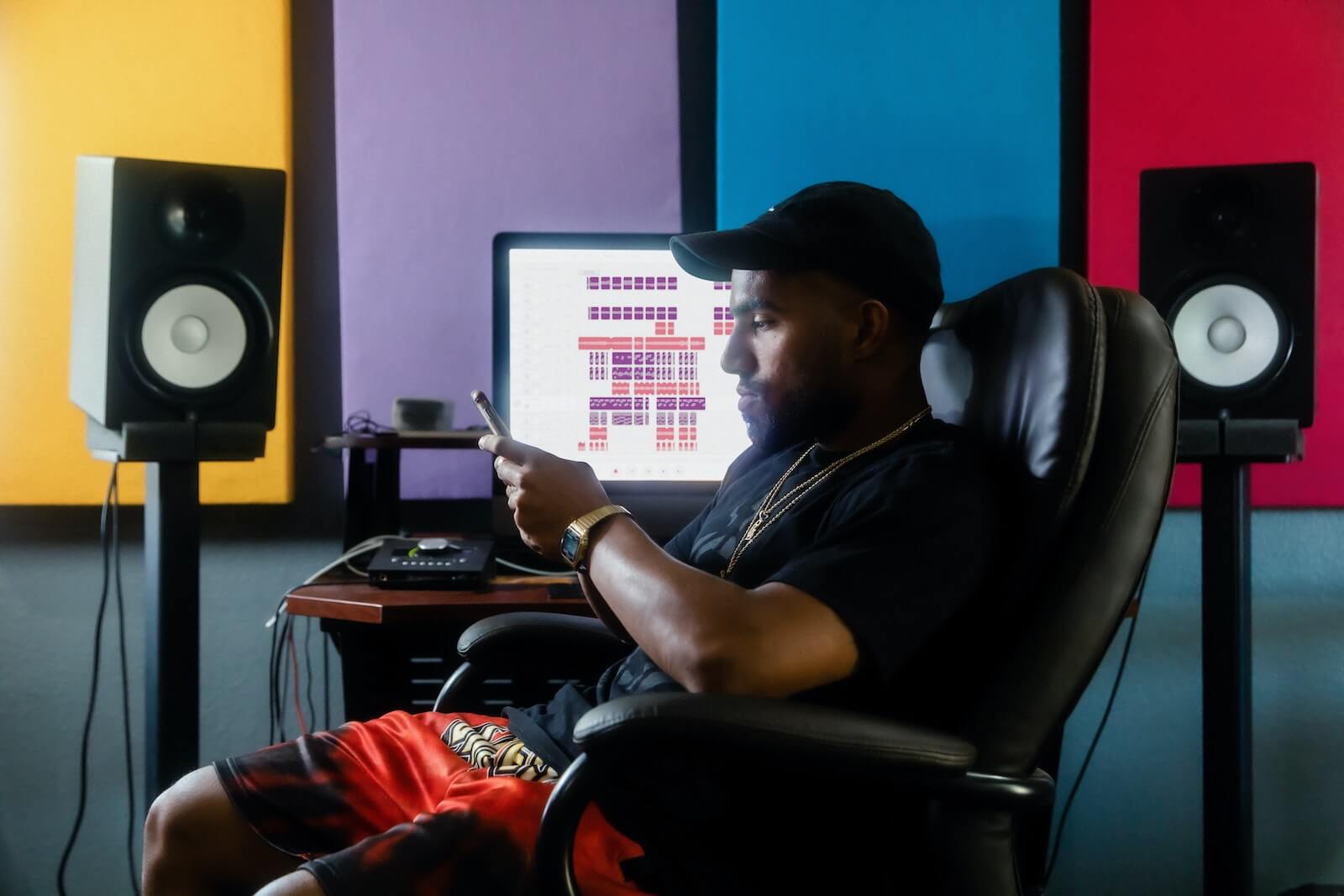 Studio monitors and speakers are two different beasts. If you’re in the market for a new set of studio monitors, it’s important to understand what sets them apart from regular home speakers. A lot of people think they’re the same, but there’s actually a lot more to it! Let’s check what’s the difference between studio monitors vs. speakers!

Studio monitors come in all shapes and sizes, but they share some common characteristics that make them different than their less-expensive counterparts. In this article, we’ll be discussing the differences between studio monitors vs. speakers so you can make a more informed decision when it comes to purchasing your new set.

Studio Monitors – What are they and who uses them?

The first question you might be asking is, “What are studio monitors?” Studio monitors are speakers used for recording and mixing music. The most important thing to mention here is that they’re not designed for casual listening like the speakers found in your home or car.

While they look fairly similar to regular home speakers, there are some big differences between them. Studio monitors are used by recording and mixing engineers, but most commonly by producers. Most studio monitors are nearfield devices (meaning they’re close to the listener) and their main purpose is to provide a flat response across all frequencies. The same applies to monitor headphones.

There are a ton of advantages and some disadvantages to using studio monitors instead of regular home speakers. Let’s go over some of the main ones now!

What this means is that they have their own individual amplifiers built into them. This makes it easier to adjust the sound of each monitor, as opposed to having a single amp do all the work.

While there are both active and passive monitors, the majority of studio monitors are active. This helps to keep a consistent sound across all of them, without any crossover or frequency issues messing up your mixdown.

Another way that studio monitors are different than regular home speakers is how they’re designed. Studio monitors usually have a single tweeter and woofer inside each cabinet, with an external crossover (the device which splits the signal into low/high frequencies) on the back of it to avoid mixing frequencies and distortion. This helps keep sounds consistent across all frequency ranges, as opposed to using one speaker for everything like many household devices would do.

They also come with amplifiers built into the unit, which is another reason why they’re more expensive than regular speakers. These amplifiers usually have a volume knob on the front of them so you can adjust how loud your mix sounds in relation to other elements and instruments.

Studio monitors have a flat response on all frequencies

We mentioned earlier that studio monitors are designed to provide a flat response across all frequencies. What does this really mean?

Well, it means that they can accurately reproduce the sound coming out of your speakers without any coloration or added bass/treble tones. This is important because you want to hear how your mixdown actually sounds versus adding any extra EQ (equalization) on top of what’s already there so you can make necessary changes if needed.

This means you’re listening to music as it was naturally recorded and intended to be played back. It’s not bass-heavy like the speakers inside of your car, which is good news for music lovers!

Studio monitors aren’t made for casual listening like regular home speakers would be. While some people do use them as their main set of speakers at home, these devices are primarily used by musicians and engineers during recording sessions and mixing work. The reason why they’re not typically recommended for casual listening is that they don’t have a lot of low-end bass or treble.

Of course, you can still use an equalizer to adjust the sound more to your liking, but you wouldn’t get a similar frequency response even if you turned it up all the way. This is why they’re not typically recommended for casual listening and are better off reserved for recording/mixing work only!

It’s important to mention that studio monitors are near-field devices. What this means is that they’re meant for close-up listening and not seated in a big such as a big living room like a TV or regular stereo might be.

As opposed to a regular set of speakers which can be used to blast music throughout your whole house (perfect for parties), studio monitors have a much smaller sweet spot where they sound the best. Usually, it’s right in front of them or a few meters away. The sound is directed towards you and it’s not supposed to be used to fill a room or an entire house.

Studio monitors are not bass-heavy

One common misconception about studio monitors is that they’re bass-heavy. While you might think this because it’s possible to adjust the low end and the sound quality tends to be better, in reality, they don’t have a lot of power or oomph behind them as far as regular speakers go!

This means that there isn’t any extra thump coming from them and doesn’t make your music sound louder than what was intended by the artist who recorded it. As we mentioned above, these devices are meant to provide a flat response across all frequencies so listeners can hear everything without adding their own equalization which could skew how things really sound even more off.

Of course, if you do want some added bass for certain types of genres like electronic dance music, it’s possible to adjust an equalizer (hardware or software) for this purpose. But in most cases, you shouldn’t be adding extra bass because the artist who recorded the song wanted it that way!

Sure! You can use studio monitors as regular speakers. Why would you want to do this? Because they sound great and are more accurate than your average pair of speakers, so it’s nice to be able to listen precisely how the artist intended for their music to be heard!

If you’re not a fan of super bass-heavy music and want to hear music as it was recorded, studio monitors are a great choice. However, if you do like the added bass and thumping sound for genres such as rock or pop, then regular speakers would be better suited for this purpose!

Also, remember they are usually near-field devices, so they’re good if you plan to use them in your small studio, bedroom, or a medium-sized living room, but they’re not great for outdoors, parties, large living rooms, or other big spaces!

Can you use regular speakers as studio monitors?

No. While it is technically possible to use regular speakers as studio monitors, this isn’t recommended. The reason why is that they’re usually not flat on all frequencies and you wouldn’t have the same sound quality or accuracy that you would get with a true studio monitor. You’d need to calibrate them and what’s the point then.

Studio monitors vs. speakers – Which one is better?

As we discussed above, studio monitors are “technically better” than speakers because they provide a flat frequency response across all frequencies. This allows users to hear what the artist intended for their music to sound like without adding any of their own equalization which could skew things in an unwanted direction.

However, studio monitors are not intended to be used by the general public. They’re made for recording studios and professional music producers who want to hear their tracks as if they were played in a real-life environment with other musicians surrounding them, so it’s important that the sound is accurate!

If you want to hear your music as it was recorded, with the least amount of EQing possible, studio monitors are a great choice. But in general, they’re not recommended for public spaces or outdoors because their sound quality won’t be good enough to fill bigger rooms and this would defeat the purpose of buying them in the first place!

If you have any questions, feel free to leave a comment below!