Types of Earbuds – Everything you should know 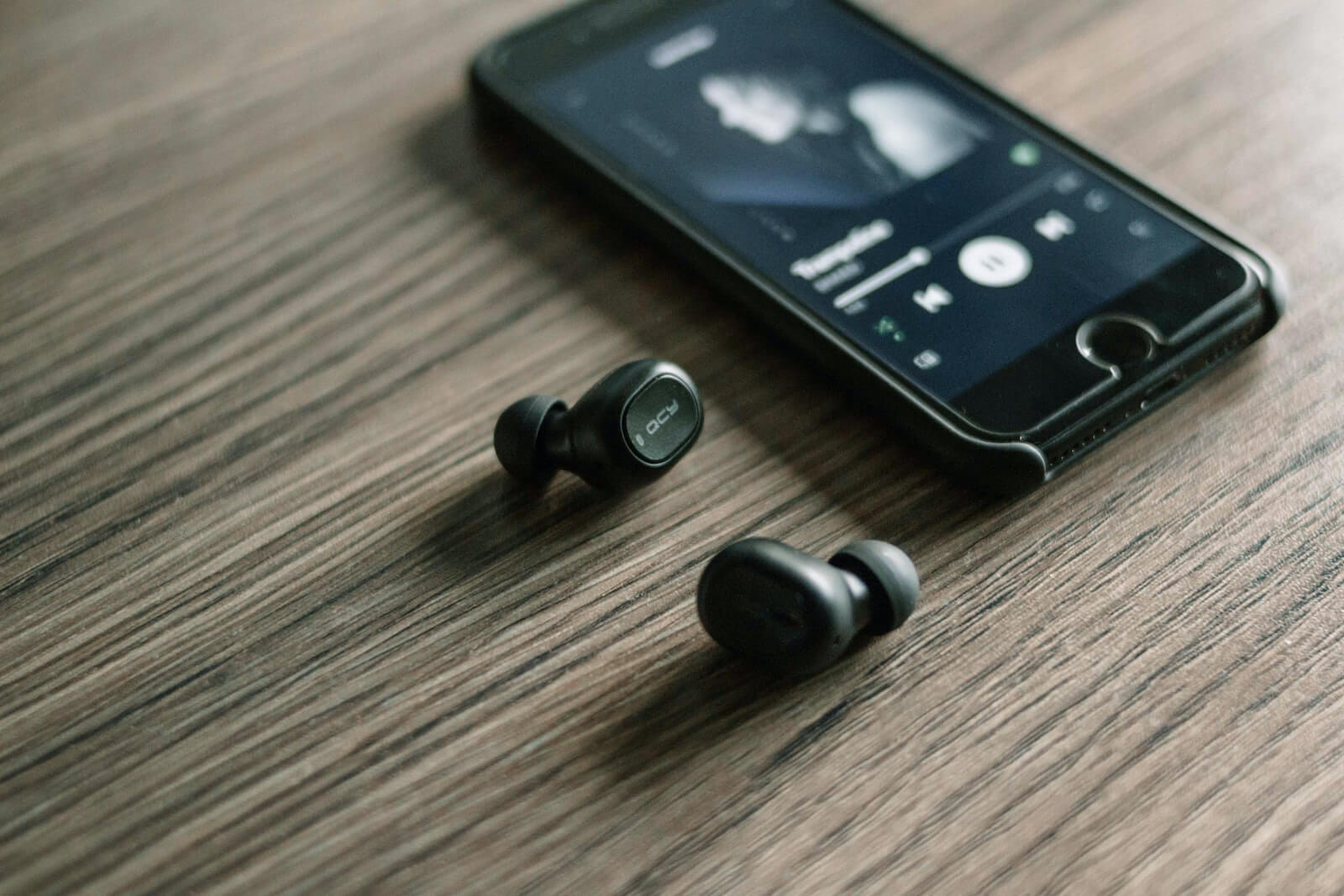 Earbuds are one of the most popular types of headphones in the market. This is because they are small, lightweight, and easy to carry around without taking up much space. They are also inexpensive, making them a good option for people who don’t want to spend too much money on headphones but still want an audio experience comparable to more expensive options.

They were initially designed for listening to music but have now expanded to include many other uses. We will explore all the different types of earbuds in this article so you can choose what’s right for you!

What are earbuds, and why are they so popular?

Earbuds are small speakers that fit in the outer ear. The speaker part is called a ‘driver,’ and it produces sound when an electric current passes through its voice coil, which vibrates against the magnet inside it to produce sounds.

Many people like earbuds because they’re portable – you can easily fit them into your purse or pocket! They also usually come with cords, so if someone’s not wearing headphones at any given moment, one person can share their music with another. However, many wireless earbuds are available for those who prefer using them nowadays.

Types of earbuds by connectivity

There are a couple of different ways earbuds can connect to other devices. Let’s check them out.

Wired earbuds are connected to other devices by a cord. They typically come with an audio jack that the headphone cord can plug into, like your phone or computer speakers. You can also get cords for video game consoles and headphones if you want more than one person listening at once! Wired keyboards don’t require batteries because the cable is plugged into your computer to provide power.

However, wired earbuds have some downsides: they’re not very portable (since something is connecting them), and sometimes their connections break over time due to wear and tear on the wire itself.

Many companies include free wired earbuds with their devices to attract customers, such as Apple and Samsung used to do.

Wireless earbuds are connected to other devices through Bluetooth. Instead of a cord, there is usually some wireless receiver that can be connected to your device or something like Google Home speakers. Wireless earphones don’t require wires since they rely on radio frequencies instead!

The main advantage to using wireless headphones over wired ones is their portability – you aren’t limited by how far away from whatever your listening device is, making them great for working out at the gym or commuting via public transit. You also won’t have to worry about wires getting tangled up in everything while you move around, which makes things much more convenient! However, it’s important not to lose track of your wireless headphone receivers because you could lose one or both earbuds, and you won’t have a backup.

Wireless earbuds require battery power, which you’ll want to ensure is fully charged before using. You can usually charge these with a USB cord that plugs into your computer or through the headphone receiver itself if it has charging capabilities built-in! Some of them even support wireless charging.

Types of earbuds by fit

Another way to classify earbuds is by the type of fit they have. Some earphones are designed to be worn around the ear, while others go directly into your outer or inner ears! Let’s check them out.

Standard earbuds are the kind of earbuds you’re probably most familiar with. They have a speaker on each side and connect to your device through a cord or wirelessly.

The main advantage of standard headphones over other types is that there’s no guessing how they will fit – everyone knows what type of earphones these are! They won’t fall out of your ears if they’re comfortable to wear for you.

However, since this style doesn’t go into the ears themselves, some people find them uncomfortable for long periods. Also, the music quality might not be the best as they don’t seal out sound and let in a lot of ambient noise.

In-ear earbuds usually come with silicone or foam tips to create a seal inside your ears. They need to be held in place by the shape of your ear canal, and they won’t fit everyone’s, making finding ones that work for you tricky!

The advantage to having an in-ear headphone is that it will typically provide better sound quality (better bass) than standard headphones because the speakers are closer together and sealed off from outside noise. If you’re trying to block ambient noise entirely, this type of earphone is what you want!

They’ll drown out most sounds even if there’s no active noise cancelation. Just be careful when walking around because you won’t hear cars coming! Don’t abuse the volume knob, and don’t sleep with them.

The downside to this type is that they can be uncomfortable and fall out of your ears, making them less convenient than standard headphones. This style isn’t comfortable for everybody so if possible, try borrowing them before buying them to ensure they fit your ears correctly.

Around-ear headphones are similar to in-ear ones but don’t go directly into your ears. Instead, the speaker is placed over the top of them, and they go around the ear.

The advantage to this type is that they’re also comfortable for long periods and provide good sound quality, and you won’t have to worry about them falling out!

They’re definitely more comfortable than in-ears for most people since there isn’t anything going inside their ears, making wearing these for long periods much easier!

However, like with smaller speakers, you won’t get as much sound isolation with these, so it’ll be easier to hear outside noise. If you want to be aware of your surroundings, this is better than in-ears.

Finally, this type of earphone can sometimes cause problems because they might not fit everyone’s ears correctly! Make sure you try them on before buying to see if they’re a good fit for you.

If the other types of headphones either don’t work or are uncomfortable for your ears, you might want to consider bone-conduction headphones! These speakers rest on both sides of your skull and use vibrations to send sound waves through them directly into your inner ear.

The advantage to this type of earphone is that they won’t block the sound around you and let in ambient noise, just like standard headphones. So if you’re trying to be aware while wearing them, bone-conduction ones are a good choice. They also don’t go directly into your ears which means they can fit more types of people than other styles since everyone’s head size and shape varies so much!

This way, it doesn’t matter what type of outer ear shape you have because there’s no direct contact with the speaker! There’s also less chance that these will fall out since there isn’t anything in front blocking them from staying firmly attached to your head.

Some models might even come in the shape of a headband or glasses, which means you can wear them while exercising and not worry about them falling off.

The downside is that they don’t provide as good of music quality since the sound isn’t being sealed in. It’ll be easier to hear outside sounds so you might be turning up the volume more than usual.

This type wouldn’t work well if you’re trying to cancel out or block ambient noise while listening to something or want a quiet moment with your favorite songs. Some bone conduction earbuds have assistants that will let you take calls and use voice assistants like Siri, Alexa, or Google Now!

They aren’t as popular or common as regular earbuds yet because there have been some concerns about how safe it is for your inner ear to get vibrations through them constantly. However, not enough research has been done on these headphones compared with others, so we still don’t have all the answers!

Types of earbuds by technology

We can also filter earbuds by their technology, which can affect how safe and convenient they are.

We have mentioned that noise-canceling headphones can be fabulous for canceling out background sounds, and earbuds also have this same technology now!

These use small microphones to capture outside noises and then play those frequencies with the opposite polarity. This results in those sound waves being canceled out so they won’t reach your ears anymore, and it’ll just be you listening to whatever’s on your playlist!

Samsung and Apple, among many other headphone brands, have released wireless earbuds with this technology so you can enjoy your music without distractions. The Apple AirPods Pro is a clear example of this.

Another type of headphones that have become very popular recently is ambient sound technology. Similar to noise-canceling headphones, these are made specifically to let you hear what’s happening around you while listening to something else through wired or Bluetooth connections. This way, wearers can be part of the conversation while listening to music through them or can be aware of their surroundings while listening to a podcast or audiobook. The well-known Apple Airpods Pro also has this technology.

Types of earbuds – The bottom line

We hope this blog post has helped answer any questions about the different types of earbuds available today! The best thing is to try each style personally until you find one that works well for your needs and preferences.

If you have questions or want to share your experience with earbuds, leave us a comment below!

1 thought on “Types of Earbuds – Everything you should know”