Where is the recycle bin on a Samsung Galaxy? 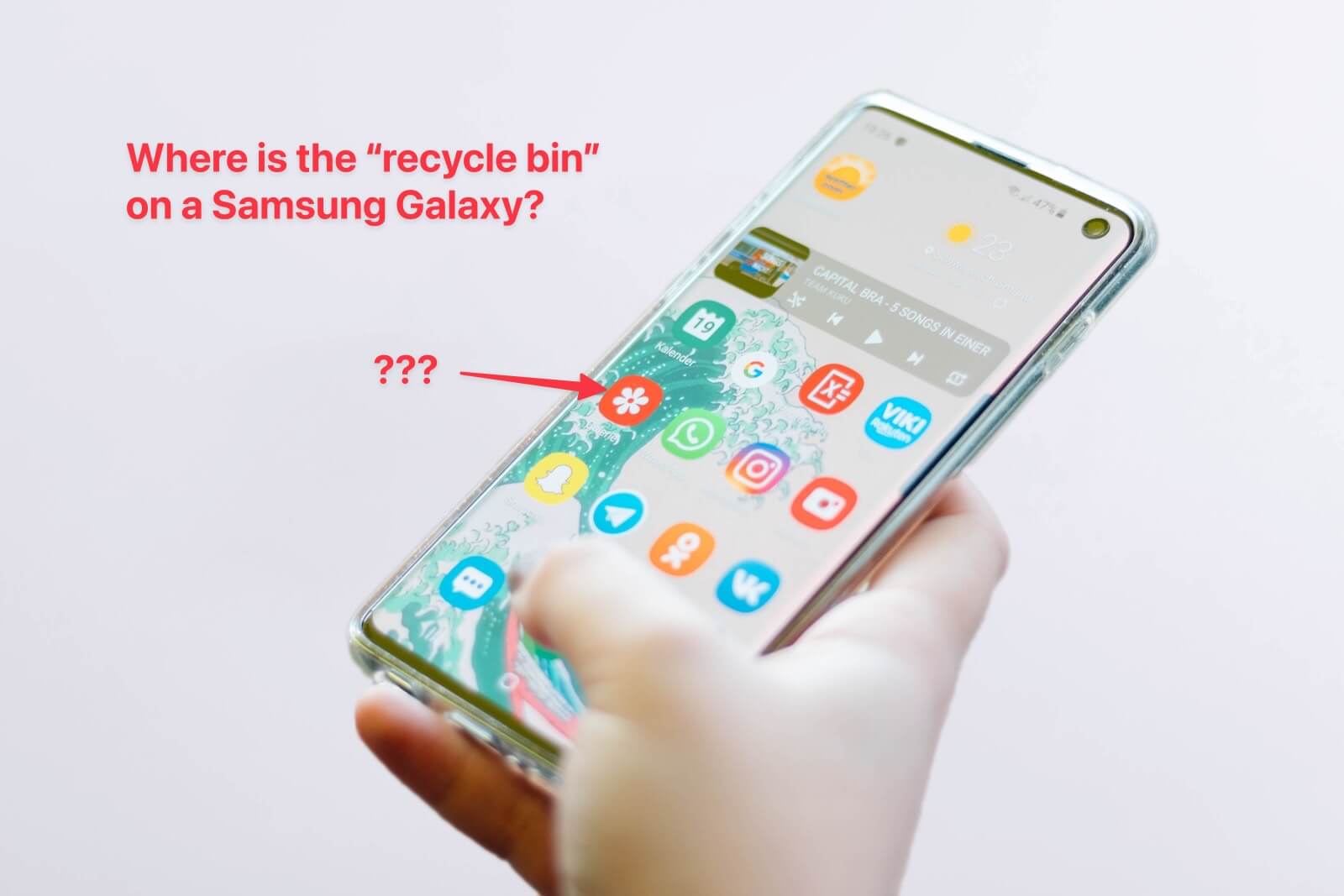 A common question we get asked is, “Where is the recycle bin on a Samsung Galaxy?” The answer is quite simple – there is no “recycle bin”! This may come as a surprise to some, but don’t worry. Your files are not lost forever. At least not all of them.

We’re used to having “recycle bins” on our computers since it’s a great way to retrieve accidentally deleted files easily. But smartphones work a bit differently. When you delete a file on your Galaxy, it’s gone for good. There’s no recycle bin like on Windows or Mac where you can retrieve it later.

This may sound scary, but it’s not that big of a deal. The way Android works, most files on your phone are stored in what’s called “internal storage.” This is separate from the “SD card,” usually used for storing photos and videos.

The same applies to iOS and iPhones/iPads. When you delete a file, it’s gone forever. But the operating system is designed so you can not delete most files, except for apps, multimedia, and a few other things.

So, where is the recycle bin on a Samsung Galaxy?

And all this data is backed up in the cloud and the internal storage so you can retrieve them from some sort of “hidden recycle bin” for at least 30 days. So, while there’s technically no “recycle bin” on your Samsung Galaxy phone, you can still recover most files during those 30 days. Here’s how:

Restore photos from the Gallery App

Samsung phones sport high-quality cameras, meaning you probably take many pictures with your phone. And while you can delete them from your phone, they’re not gone forever.

If you accidentally deleted a photo or video, you can restore it from the Gallery App. Just open the app and tap on the 3 dots menu. Select the “recycle bin” (aha!), a folder that stores the photos you have deleted in the last 30 days.

So yeah, there’s a recycle bin, but instead of saving all the files you delete, it’s a particular folder only for the Gallery app.

You can also disable the recycle bin if you’re out of storage or like to live your life dangerously. Here’s how to do it inside the “Gallery settings“:

If you use “Google Photos” instead of the “Gallery App,” the process is simple. Open the Photos app on your Galaxy phone and go to the “Library.” You’ll find a “Trash” icon in the menu where you’ll find any photos that have been deleted in the last 30 days.

Restore them or do what you will. The only confusing point here is that Google calls it “Trash” instead of “Recycle bin,” as Samsung calls it.

But what if you want to restore files that aren’t photos or videos?

Restore files from the MyFiles App

If you have other files such as documents, PDFs, audios, or even APKs that you want to restore, you can do so by using the MyFiles App.

Just open the app and navigate to the “recycle bin” folder by tapping the 3 dots menu. Long-press the file you would like to restore, and it will be back in its original folder.

Easy, right? The only difference is you have a “recycle bin” for each app instead of a general bin for all your data like in a computer.

All the data is backed up in the cloud (Samsung Cloud, Google Cloud, or iCloud) as long as your account is logged in and linked to your smartphone.

Restoring files from the SD card

Many Android phones come with an SD slot to increase storage capacity. This storage is used for multimedia files such as photos and videos, but you can also store other types of files.

If you emptied the recycle bin on your computer and forgot, the files might be gone forever, and you might need to acquire paid software to recover the files (it’s never 100% guaranteed).

Where is the recycle bin on a Samsung Galaxy? The bottom line

There you have it! Now you know there is a recycle bin on your Samsung Galaxy phone, but it’s not exactly like the one on your computer. Each app has its own recycle bin where you can retrieve any deleted files from the last 30 days.

And all this data is backed up in the cloud and the internal storage so you can retrieve them in the next 30 days. If you manually deleted the file from a computer or used a different files manager, you might be out of luck.

We hope you found this article helpful. If you have any further questions, please don’t hesitate to ask in the comments below.