Why do musicians wear headphones on stage? 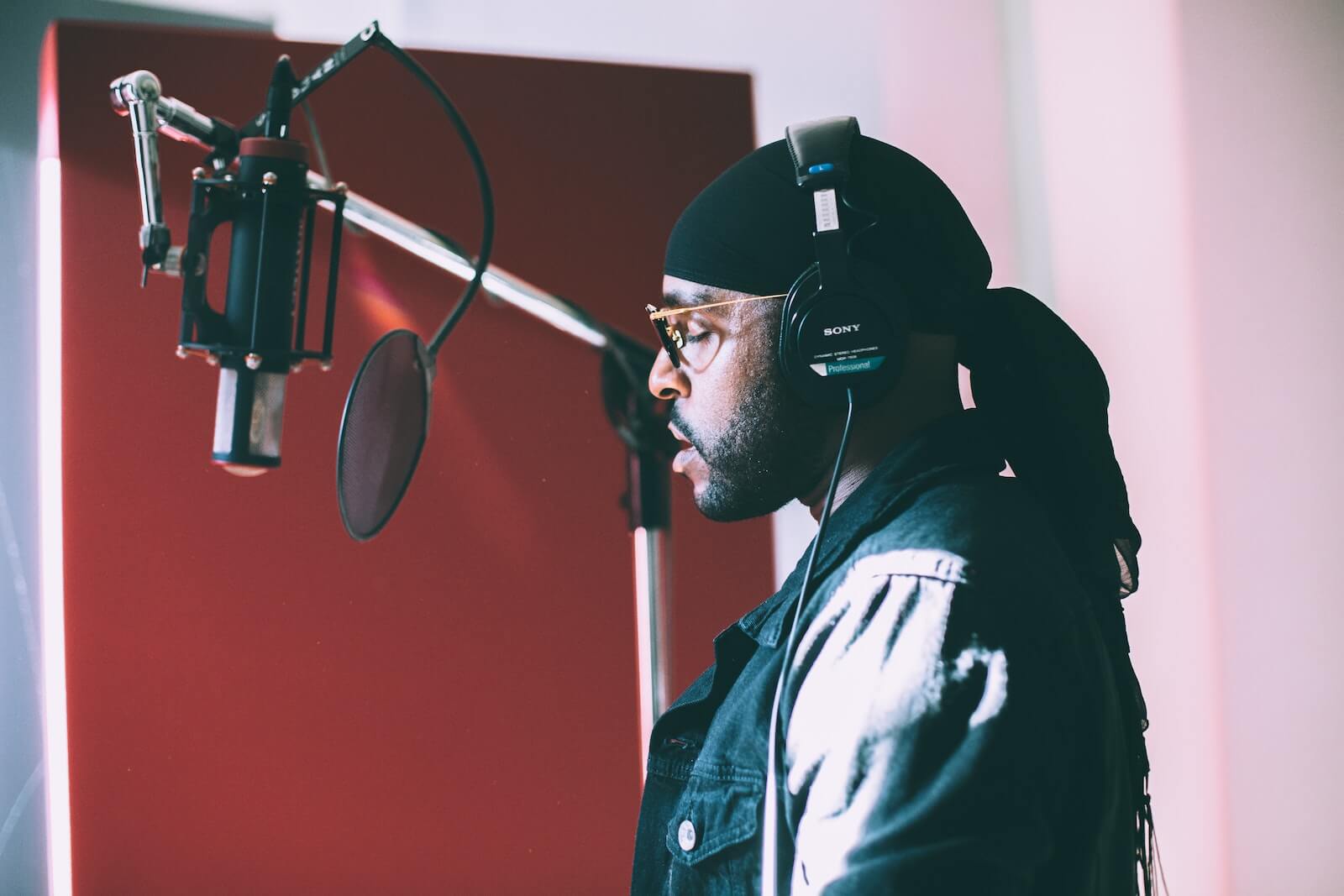 Have you ever wondered why musicians wear headphones? If you’ve ever been to a concert, you may have noticed that the musicians often have headphones on. And if you’ve ever seen a band recording in the studio, chances are they’re all wearing headphones too. But why?

Why do musicians wear headphones in a studio?

Did you recently watch the Bohemian Rhapsody movie? If you have, you probably noticed that the studio scenes were filmed in a very interesting way. Rather than having the musicians all playing together in one room, they had each musician in his isolated booth, and all of them had headphones.

To separate sounds in multiple tracks

When a band is recording in the studio, each musician is usually recorded separately. This allows the sound engineer to control each individual instrument when mixing the final track.

With separated tracks, you can, for example, turn down the drums a bit if they’re too loud or turn up the guitar if it’s not audible enough. You can also add effects to each instrument individually without affecting the others.

To synchronize with the rest of the band

Another reason musicians wear headphones in a studio is to stay synchronized with the rest of the band.

For example, let’s say a drummer is recording his part first, and then the sound engineer will add the rest of the instruments later. To keep everything in sync, the drummer needs to be able to hear a click track in his headphones—this way, he knows precisely when to start and stop playing.

Keep sound clear and without bleeding

Each instrument must be isolated from the others when recording multiple tracks simultaneously. Otherwise, you’ll end up with bleed-through between the tracks.

Sound bleeding happens when the sound from one track is picked up by another microphone and ends up on the final recording. This can cause all sorts of problems, such as instruments canceling each other out or making it difficult to isolate specific sounds later on.

Each member is isolated in their own booth with headphones on to avoid sound bleeding. This way, the sound engineer can control each track separately and ensure that there’s no bleed-through between them.

Communicating with the production team

For example, the sound engineer may need to tell a drummer when to start playing or ask a guitarist to turn down his guitar volume. For this communication to happen effectively, everyone in the studio needs to hear each other clearly. And that’s why they wear headphones!

Many musicians use a metronome while practicing at home to help them keep time. A metronome is a device that makes a ticking sound at regular intervals, which allows musicians to stay in time with each other.

Some musicians may also need to use a metronome to stay synchronized with the rest of the band in the studio. This is especially true for drummers, who often need to keep track of complex timing patterns. By wearing headphones, they can hear the metronome’s tick and stay on beat.

Now that we have explored the reasons why musicians wear headphones in the studio let’s take a look at why they might wear them during concerts.

Why do musicians wear headphone monitors during concerts?

On stage, you’ll often see singers and other performers wearing earpieces. Again, this is isn’t just for fashion reasons! There are several practical reasons why they might need to wear them.

One of the most important reasons is that musicians use headphones on stage to control their volume levels. This is especially important for singers, who need to hear themselves properly while performing.

By wearing headphones, they can ensure that their voice is at the right level in relation to the other instruments. They can also adjust the volume of their headphones depending on how loud or quiet the rest of the band is playing.

To protect their ears from the noise

Another reason performers might wear headphones on stage is to protect their ears from the noise.

In a typical rock concert, the sound levels can reach up to 120dB (decibels). This is loud enough to cause permanent damage to your hearing after just 15 minutes! And when was the last time you attended a concert that lasted for only 15 minutes?

So, by wearing headphones, performers can make sure that they’re not exposing their ears to too much noise. And in some cases, they might even use special earplugs that further reduce the amount of noise they’re exposed to.

In a live setting, there are often many different sounds happening at the same time. This can make it difficult for musicians to hear what they need to. The environment and concert halls can be very different from each other, so musicians need to be able to adjust what they’re hearing.

By wearing monitor headphones, they can isolate the sound of their instrument or any other sound that they need to focus on. This way, they can better follow the music and play their part accurately.

Another reason why musicians might wear headphones on stage is to avoid distractions.

When you’re performing in front of a large crowd, getting caught up in the moment and losing focus on your playing can be easy. Sometimes the crowd’s reaction can be so loud that it’s difficult to hear your instrument.

By wearing special headphones, musicians can block out all of the distractions around them and focus on their performance. This is especially helpful for singers who need to stay in tune with the music.

To give them mobility and freedom

Lastly, some performers wear headphones on stage simply because they like the feeling of being able to move around freely. They would be tethered to their instruments or the sound system and the concert hall’s acoustics without headphones.

When you’re wearing headphones, you’re not tethered to any one spot. You can walk around on stage as much as you want and still be able to hear what’s going on. This gives singers and other performers a lot more freedom when they’re performing. Thanks to monitor headphones, musicians can easily go down and interact with the crowd without missing a beat.

The bottom line – Why do musicians wear headphones?

Those are some of the main reasons musicians might wear headphones in the studio or on stage. As you can see, there are many practical reasons for them to do so!

Besides that, you have to admit that many of them look cool sporting a pair of headphones while performing. DJs, in particular, have made headphones an essential part of their image.

Do you think there are any other reasons why musicians might wear headphones? Let us know in the comments below! And if you’re a musician, do you prefer to perform with or without headphones? We’d love to hear from you! Thanks for reading!