9 Spotify’s Competitors you should check out! 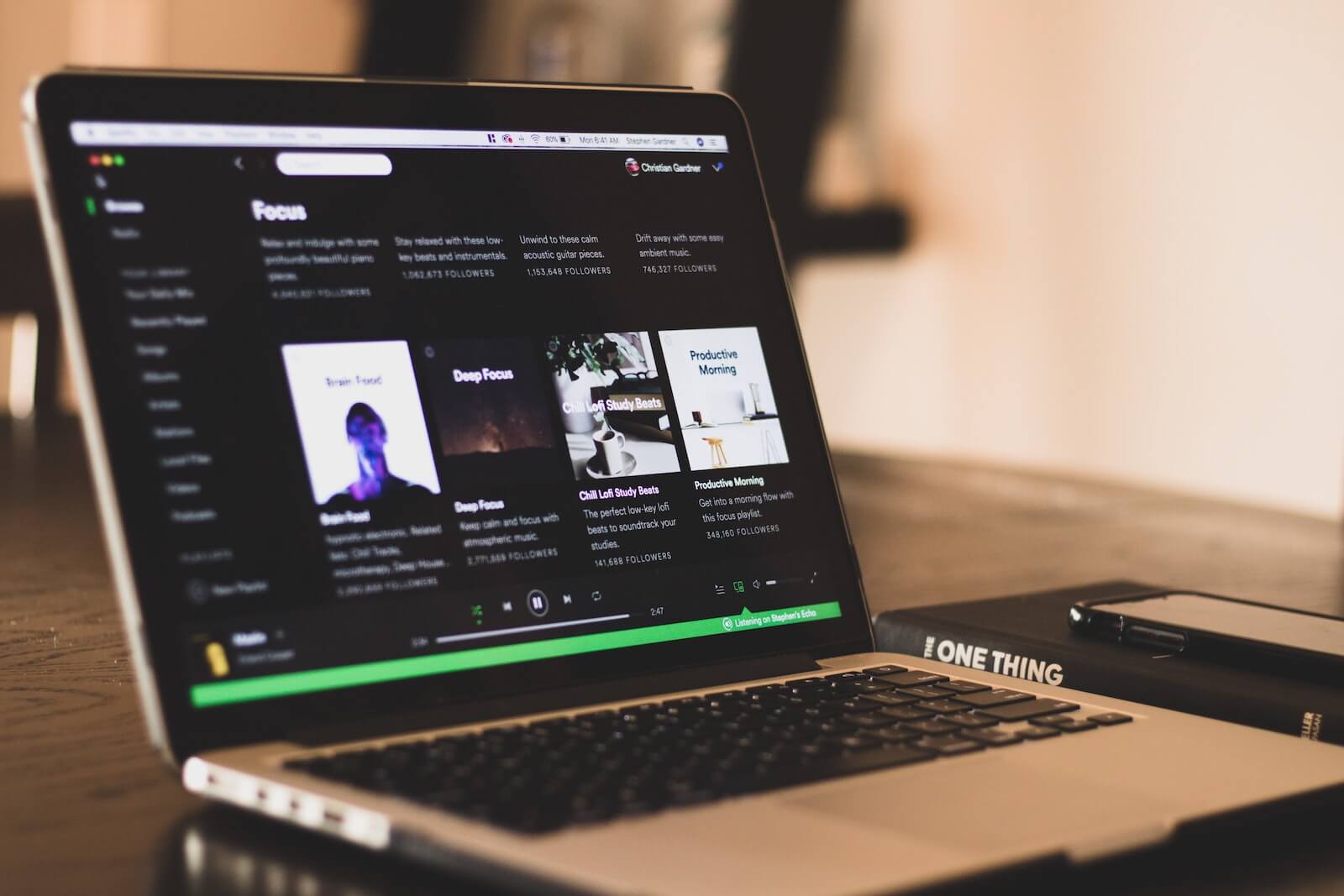 Spotify is the most popular music streaming service, but there are many other services that you can use. How much time do you spend listening to music? If the answer is “a lot,” then it’s worth spending a few minutes checking out Spotify’s competitors.

In this article, we’ll look at some of the best options for alternative music streaming services that are available if you have grown tired of Spotify.

Is Spotify the current leader?

Spotify was founded in 2006 by Daniel Ek and Martin Lorentzon. It is now the largest streaming service globally, with over 100 million active premium users.

Spotify costs $10/month for a premium subscription, which gives you access to ad-free streaming, offline playback, and higher quality audio. It works on any platform, including Windows, Mac, iOS, and Android, and it’s compatible with assistants such as Google Home and Amazon Echo.

Like many other music subscription services, Spotify makes money by selling ads besides its monthly fee. Their market share currently stands at about 35%.

So why would you want to use an alternative? If you’re happy with Spotify, then there’s no need to switch! But if you’re not completely satisfied or you’re looking for a replacement to see if you can find your favorite songs, here are the top alternatives worth checking out:

Apple Music was first released in 2015, and it has been growing in popularity ever since. It is available for $9.99/month (or $4,99 if you’re a student) and offers ad-free streaming, offline playback, and higher quality audio (spacial audio as well).

If you’re an Apple fan, then this is an excellent option for you, as it’s tightly integrated on Mac and iOS devices, including the HomePod. It also works with Siri, so if you’re already inside Apple’s ecosystem, Apple Music is a no-brainer.

Apple Music has about 50 million active users and a market share of about 19%. It’s probably the biggest competitor on the list, with over 90 million songs and 100+ supported countries. In the U.S.A., it’s the top most popular streaming service, just above Spotify.

Apple Music doesn’t have a free tier, but it does offer a three-month free trial. If you’re an Android user, you won’t have the best experience, though, and this includes many of the remarkable features available when buying Apple’s Airpods.

Amazon Music is a relative newcomer to the music streaming scene, founded in 2007 as a beta test. However, Amazon launched the ad-free tier ($10/month) in 2019, and it’s available at a discount for Amazon Prime members ($8/month).

It’s available on any platform, including Windows, Mac, iOS, Android, and Amazon devices such as the popular Echo devices.

If you’re already an Amazon Prime member and you’re not a fan of Spotify or Apple’s alternative, then this is a no-brainer as it comes included in your subscription. But even if you’re not, it might be worth considering – primarily because of the low price point.

Amazon Music has about 55 million active users and a market share of about 15%. The app and user interfaces aren’t as polished as Spotify and Apple Music, but it does have an extensive catalog of songs (over 75 million).

YouTube Music is YouTube’s answer to the music streaming scene. It was first announced in 2015, and it’s available for $9.99/month, or Google can include it in your YouTube premium subscription for $11.99/month. Google merged Google Play Music (R.I.P.) into YouTube Music in 2019.

It’s available on any platform, including Windows, Mac, iOS, and Android. It is also compatible with assistants such as Google Home and Amazon Echo devices.

It offers ad-free streaming, offline playback, and higher-quality audio options. It’s the best option for those looking to watch videos and listen to music simultaneously.

YouTube Music has about 80 million active users and a market share of around 12%. Two unique features of YouTube Music are playing any YouTube video in the background without ads. Because it’s YouTube, you also get access to a massive library of songs made by indie artists (covers, live concerts, etc.) that other streaming services don’t have.

It’s safe to say if you enjoy listening to music while watching videos on your T.V., YouTube Music is the best option for you.

Resso is a relative newcomer to the music streaming scene, founded in 2019 and launched in India, Brazil, and Indonesia initially. The company is owned by ByteDance (owner of TikTok App).

While right now it’s not available in the U.S.A. and thus it’s not an option for most of our readers, it’s worth mentioning because TikTok is huge and one of the most downloaded apps in the last decade, and launching in new countries could be an easy win for them. We’ll have to keep an eye and see how it develops.

Pandora is a relative veteran in the music streaming scene, founded in 2000. It’s probably not as popular as Spotify and Apple Music. Still, it has survived many years because of its simplicity – no advanced features or playlists here, just pure radio based on your tastes that you can customize from time to time.

Sirius XM acquired Pandora in 2018 for $3,500 million. It’s available on almost any platform, including Windows, Mac, iOS, Android, and it even has support for smart T.V.s.

With over 60 million active users and a market share of about 12%, it’s worth considering if you want to listen to the radio with some options. A free version comes with ads, or you can pay $9.99/month to remove the ads. The downside is that Pandora has the lowest audio quality, and it’s not available outside the U.S.A.

Soundcloud has over 265 million tracks, according to their page, but in reality, many users are free, and they have ad-free plans starting at $4.99 and $9.99/month.

Soundcloud is more like a social network for musicians and listeners where creators, musicians, and even podcasters can connect with their fans.

Soundcloud is available on almost every platform, including Windows, Mac, iOS.

It seems like Soundcloud could be a great option since it unites independent artists with those who want to listen to new material from upcoming artists before anyone else hears about them.

Deezer is a music streaming service that’s been around since 2007, and it has about 55 million active users. Deezer doesn’t have the same name recognition as Spotify or Apple Music, but it does offer a lot of features that the others don’t.

For example, Deezer has an extensive selection of podcasts (over 250,000) and audiobooks (over 450,000). It also offers “Flow,” a personalized mix of songs based on your listening habits. It also has more than 56 million tracks.

It supports every platform imaginable, including Windows, Mac OS, iOS, Android T.V., Xbox One, Playstation… you get the idea. It even has a web player to listen to on any computer like the rest of the competitors.

The downside to Deezer is that the free version comes with audio ads, and it has a $14.99/month price tag for CD lossless quality or $9.99/month for the regular premium plan.

Qobuz is a music streaming service for hi-res audiophiles. It’s available in the U.S.A., U.K., and other countries as well.

Qobuz has over 70 million tracks, but it only supports 16-bit audio (CD quality), so if you want to hear high-resolution music, Qobuz is for you. The downside is that they don’t have very extensive features or social sharing options like others do – all their focus is on providing the best possible sound quality while staying simple with no ads.

Qobuz costs $11/month (higher than the rest) or up to $15/month for the highest audio quality (FLAC 24-bit) and discounts on hi-res purchases.

While it won’t cover not-so-popular artists as you’d find on Spotify or Apple Music, Qobuz is an excellent option if you want to listen in hi-res and you’re a Jazz/Classical music fan. The catalog is just not as popular as other options.

Tidal has been around since 2014, and it’s a music and video streaming service that focuses on providing exclusive content.

With over 70 million songs and videos, Tidal is a great option if you’re looking for something other than the mainstream platforms. Like QoBuz, Tidal focuses on HiFi songs. They have plans starting at $9.99/month (standard quality) and up to $19.99/month for lossless HiFi sound and immersive audio, making it possibly the most expensive competitor. Pair it with studio monitors or monitor headphones and enjoy the music.

Tidal doesn’t have any free plans, so you’re somewhat supporting the artists by paying more for higher quality. Tidal is partially owned by Jack Dorsey’s Square company (ex-CEO at Twitter). It’s got a ton of video content and live stream concerts.

The downsides are shown in the catalog size and the mobile apps not being as polished as the top competitors in this list.

As you can see, Spotify is just one of many streaming services out there, and the list above covers the best options if you want to get away from mainstream platforms.

If your priority is sound quality over extensive features, Qobuz or Tidal are good choices – they’re pricier than most others. Still, it’s an investment in getting great-sounding music that sounds better on hi-fi speakers at home or high-quality headphones for listening while being mobile.

The rest of the platforms can be picked based on your music taste and what you’re looking for in terms of features.

If you’re an Apple fan with tons of Apple devices that you own or plan to use, Apple Music is a good choice since it works better on iOS devices.

Free music services with lots of social features and user-creator communities like Soundcloud or YouTube Music are great options. If you’re a current Amazon Prime Member, Amazon Music makes a lot of sense since it’s available to you for free limited) or at a lower price if you want the full service.

Many people think they need one platform when there are so many out there – pick one that fits your needs best or sign up to 2-3 Spotify’s competitors and see which one you like the best after a couple of months.