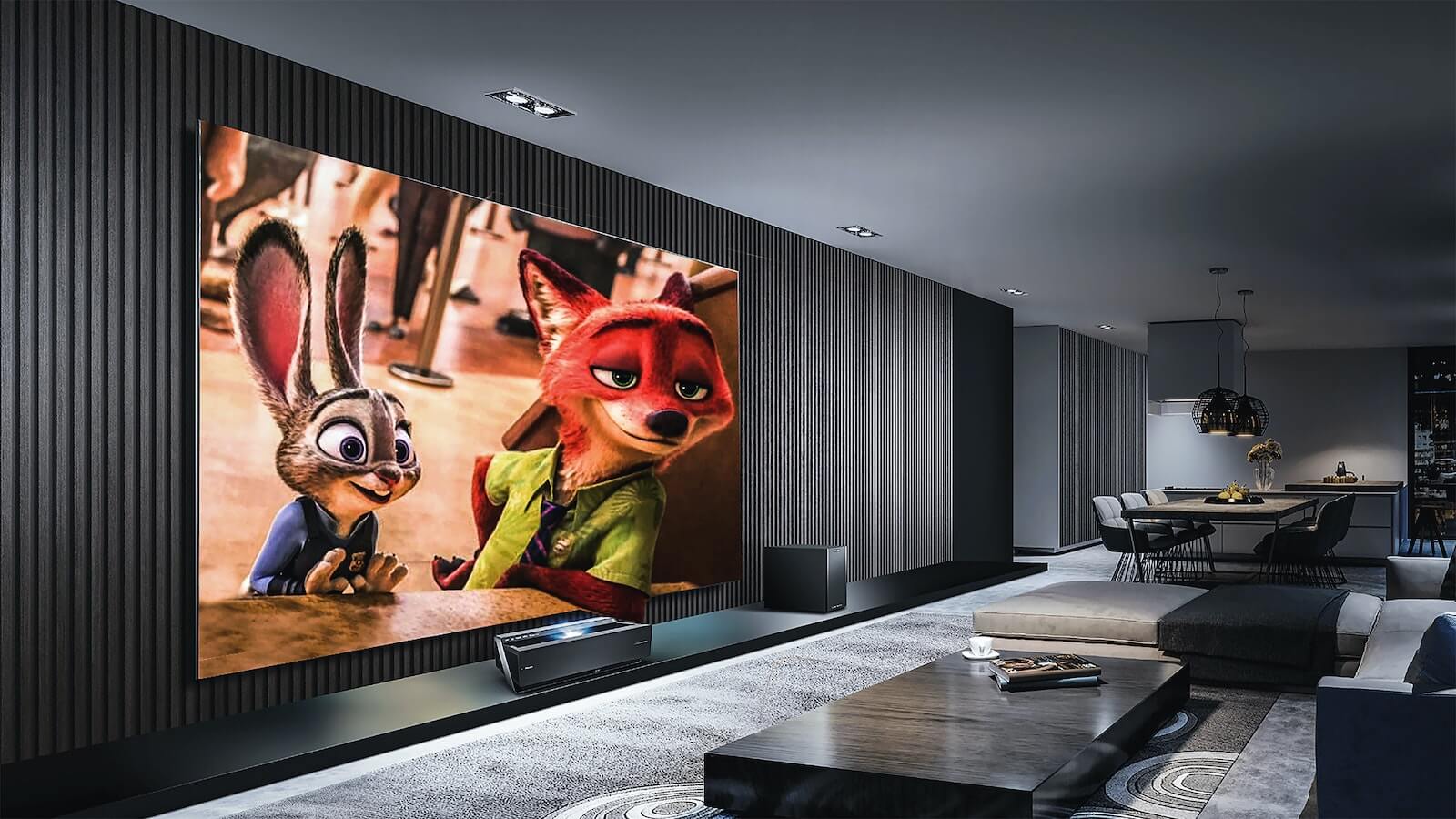 5.1 vs. 7.1 surround sound systems – Which one is for you? There are many factors to consider when deciding which type of speaker system to use in your home theater or living room, and the most obvious ones are budget and space constraints. This article will help you decide by breaking down the difference between 5.1 vs. 7.1 setups with their respective pros and cons and where they work best!

The main difference between a five-speaker setup and a seven-speaker surround sound system is that the latter will offer more spatial representation of sounds thanks to its additional speakers. This means you’ll be able to hear things coming from different directions: for example, if someone in your movie gets attacked by zombies on the left side, you’ll be able to tell where the zombies are coming from.

Both setups have 1 subwoofer that handles bass sound effects. The difference between a five-speaker setup and a seven-speaker surround system will be most noticeable in the following scenarios: – If you’re watching TV with people sitting or standing on all sides of you (i.e., not just directly to your left or right). – In rooms with more than one couch/armchair, as opposed to only having furniture placed against the wall in front of it.

The extra speakers can give depth to sounds coming from behind, so they don’t feel like they come out of nowhere! That being said, space constraints might make this type of setup impossible for many people…

When it comes to 5.1 sound systems, people tend to prefer them because they can be cheaper than seven speakers (due to their more simplistic design).

The main advantage of a five-speaker system is that it’s less expensive. It can also offer better sound quality (in terms of entertainment) than two speakers but not as good as 7 or more (for example, in the rear sound department).

It also requires fewer cables and, depending on the position of your couch, and where you place them, it might be easier to manage. They are also suitable for small to medium-sized rooms.

However, as mentioned above, a significant drawback is that there isn’t enough spatial representation, so it sometimes feels like sounds are coming from nowhere. Finally, some five-speaker systems may distort at high volumes due to their lack of power.

The main disadvantages of a 5.1 system vs. a 7.1 system are that it might not be as immersive and that the sound can’t come from all directions.

That being said, this is the way for those who want to save money or have a smaller space!

A seven-speaker surround sound system will be more immersive and offer a better spatial representation of sounds. This works great for some movies or video games where you can hear weapons coming from the left, right, and center.

It’s also excellent for big family rooms, living rooms, or other open spaces where there’s a lot of furniture or if you need to fill the entire room with sound.

A disadvantage might be that it can get pricey. Also, not all movies, music, or entertainment content supports this surround sound system.

Finally, another downside is people might not like having a lot of wires around their home theater area (which isn’t too big an issue when your TV and speakers are mounted on the wall). Nonetheless, cable management can always be a hassle.

When deciding which one to get, it’s essential to consider your room space and layout.

For smaller rooms or where there are less than three people at a time in the same area as the TV (e.g., if you live alone), a five-speaker system might be enough for you because it can also offer good sound quality. A 2.1 speaker system might also be enough, and you could get higher-quality speakers for the same price. Small to medium-sized rooms are perfect for this setup.

If you’re living with four or more persons and want better, surround sound representation on your video games or movies, go for seven speakers! This is especially true if your entertainment content supports this type of setup, but not all styles do, so make sure that’s clear before buying anything expensive…

Remember that if you have a surround sound system, watch the content in the same format (for example, an old DVD won’t work well on modern TVs). The most common formats are DTS Master Audio / TrueHD and Dolby Atmos/Dolby X – where “X” is either SRD for screens not yet ready for this type of technology or Auro-Matic upscaling when watching older films.

5.1 setups have better support than 7.1 setups in audio formats, and there are still many sources you won’t be able to play on this type.

No, it’s not always the case. If you don’t have a good setup, more speakers won’t help, and it can even worsen the sound. A single 5.1 system is often enough to replace a two-speaker system and will also help you save money!

If you’re an audiophile whose primary concern is quality and music and don’t care about movies or video games, don’t bother getting a surround sound system. A good 2.1 channel will beat your surround system out of the water, and you can always add more channels later.

Surround sound systems can range anywhere from $200 to over $3500 depending on the size and quality of your speakers, receiver, subwoofer – everything!

The average price for a good five-speaker setup is about 300$ – 700$. The same goes for seven-speaker arrangements, but they might be more expensive because you need at least two additional channels, which are pricier than other types. For example, an entire Dolby Atmos setup could quickly go as high as 3000$ or so…

No, it can’t. However, a seven-speaker system can.

If you’re on a budget, go for five speakers if you have space concerns (e.g., small rooms). If not, try seven-speaker setups, as they are more versatile in room size and pricier than other types…

There’s no correct answer here – both setups might be perfect depending on what type of content you watch! It depends on what features matter most to you, such as sound quality, versatility, price, etc.